Greetings Blogless Anna readers, it’s Sharon (aka the photographer) here.  Today Blogless Anna is letting me take over and post my favourite photos for the year.

Blogless Anna and I have traversed the land for locations for her photo shoots this year.

I’ve sweet-talked construction workers into lending her their sign, made her stand in the middle of busy Maling Road in Canterbury and had her tramp noisy through the bush (to scare away any snakes) – all in the quest for the perfect photograph.

Sometimes it takes a while for us to get into our groove together… “relax Anna… stop squinting… no no no…” but sometimes everything just clicks.

My top 10 photos, in no particular order, are the ones where everything was just right – the location was right, the light was right, and most importantly I could capture the beautiful Blogless Anna at her very best. 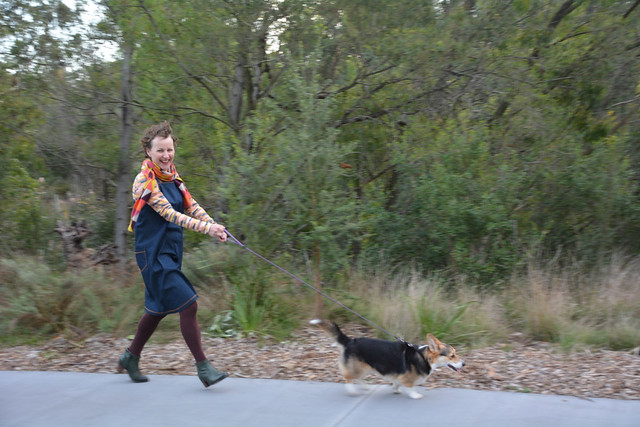 I had been telling Anna that we needed to photograph her walking a dog. Any dog. I’d even been tempted on a few occasions to ask random strangers to ‘borrow’ their dogs – much to Anna’s chagrin. But then she remembered Maggie – the most adorable Corgi, belonging to her brother and sister-in-law. Maggie was keen – keen to be reunited with her mum and dad – so there ensued a hilarious photo shoot with Maggie dashing off here and there, towing a laughing Anna. Go to: Just walking the dog… 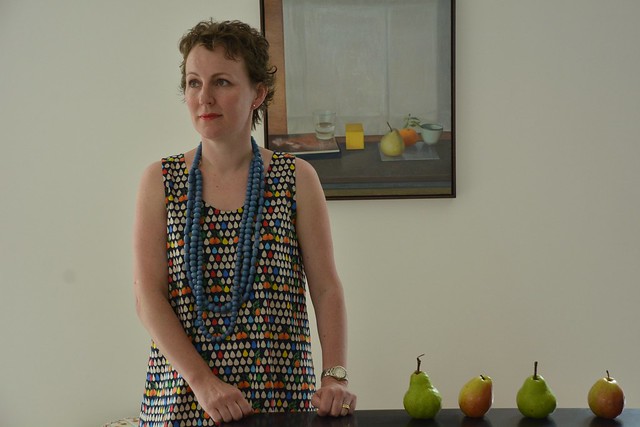 One from the very start of the year. I adored this dress and I adored this photo. Anna looks almost ethereal. The photo is not sharp but reflects the softness of the painting in the background.  Go to: Pears not pineapples 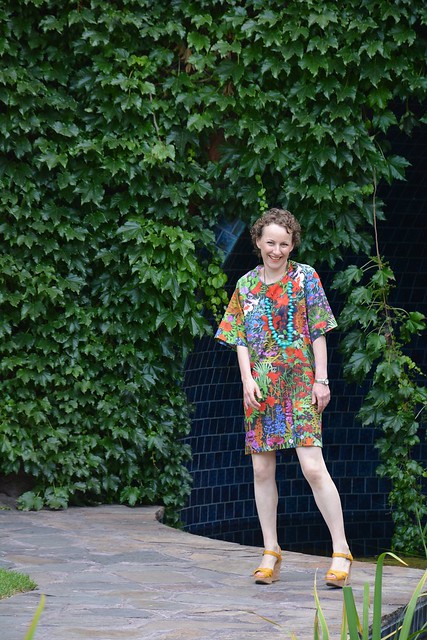 For ages I have badgering Anna to go to the Pioneer Women’s Memorial Garden. Finally she gave in and I was super thrilled with the result. Go to:  Anna’s garden 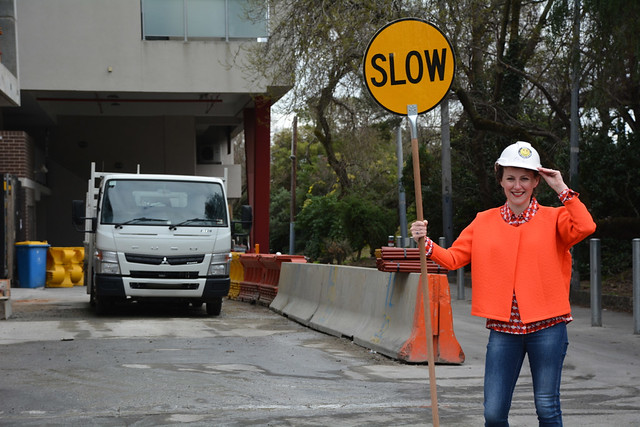 Yes, of course I would have to include the construction site. I was with Anna when she bought the fabric for this jacket at Tessuti and joked that she would look like she was a construction worker. So I convinced her that we would go to a construction site – have I mentioned Anna is up for anything? The workers were lovely. I only asked for the sign, but they insisted she wear the hat too.  I am sure you would agree she is the most glamorous construction worker getting around….  Go to: A new jacket and a new job 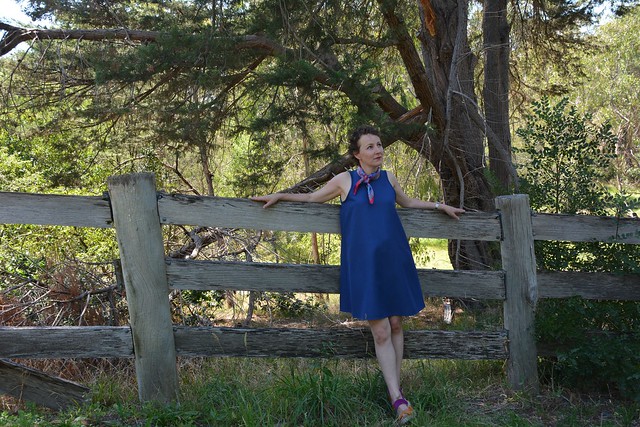 It was a VERY hot day at the Yarra River when we took these photos, but Anna looks as cool as a cucumber in this gorgeous blue dress. Go to: A blank canvas 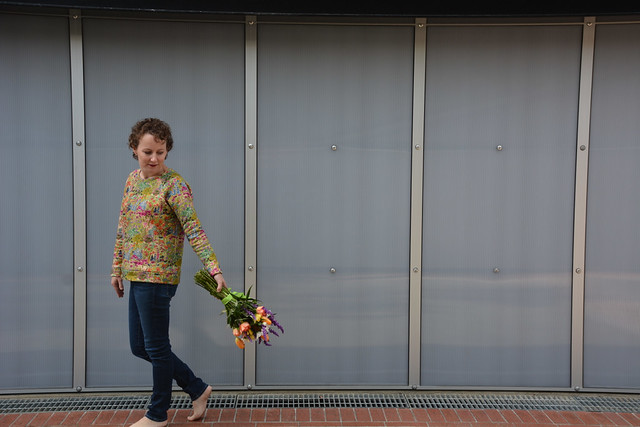 Regular Blogless Anna readers know that she loves Liberty (the word obsessed has been bandied around…..) and so when she sent me a picture of this Liberty fleece, I purchased a couple of bunches of flowers, and together with a few blooms from my own garden, created a floral arrangement for our afternoon photo shoot at her house. Go to: Linden meets Liberty fleece 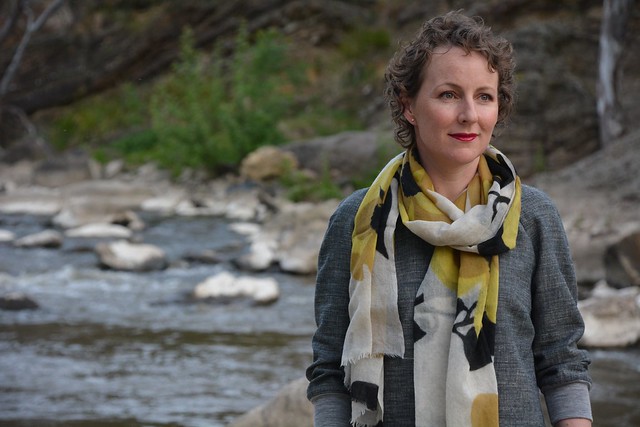 You wouldn’t believe there were a lot of noisy people splashing about in Dights Falls on the evening we took this photograph – some of them just out of shot. Trouper Anna just ignored them and we got some great pictures in the beautiful Melbourne evening light. Go to: A Fielder for Frocktober 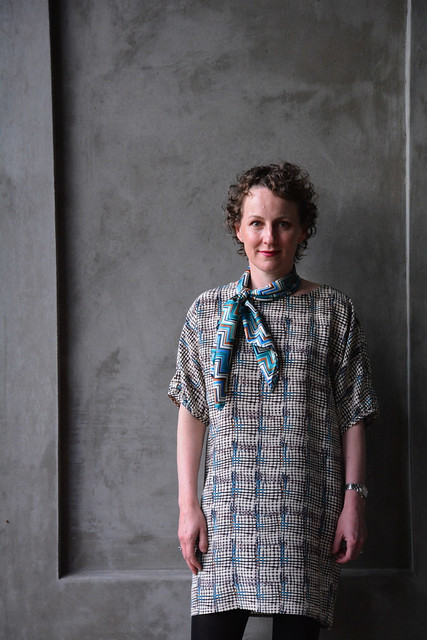 Another evening shot. This is an example of the lengths we often go to for our shoots. We bundled ourselves plus four children into Anna’s car for the trip through peak hour traffic to this historic house in East Melbourne. Go to: Frocking it up in Melbourne 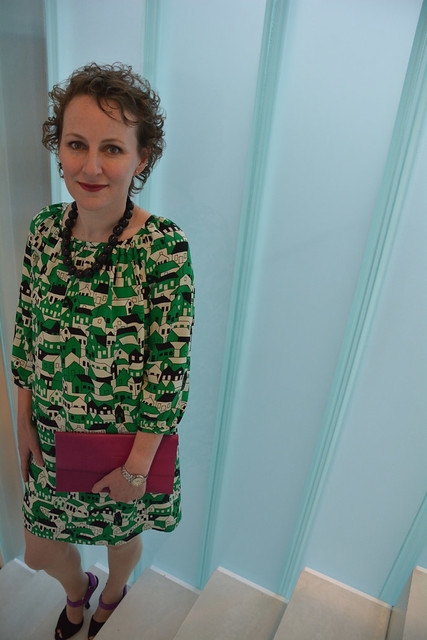 The stairs at Anna’s house get a bit of a workout for our photographs – and they are often a go-to location if conditions outside are not that favorable. The light through the glass is lovely and makes Anna luminous.  Go to: Canberra Frocktails: The dress that stayed home 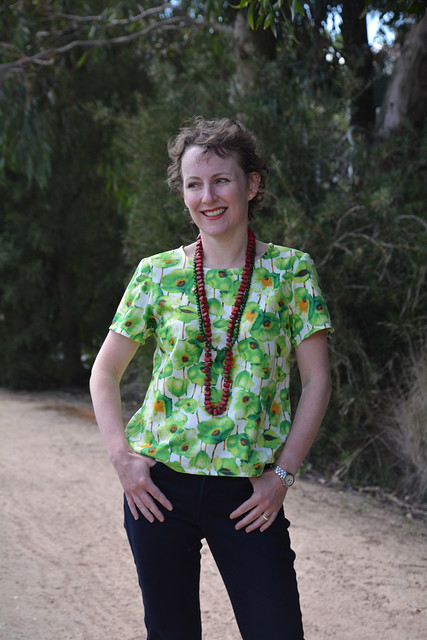 I love this photo because Anna has a certain glow about her. It was the last photo shoot of four in Ballarat, and we were well and truly in our groove.  I only took a few shots and we were done.  Go to: Ottobre for the win

A Happy New Year to all Blogless Anna readers, Anna will be back tomorrow with her top five makes.

This endpoint has been retired