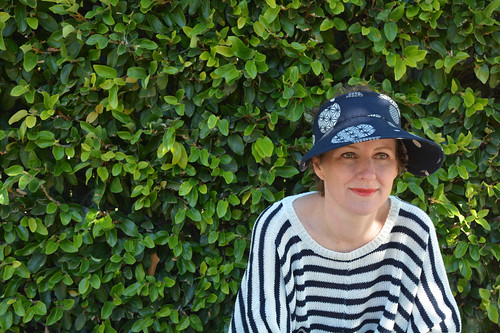 I know we are supposed to be in the middle of an artic vortex here in Melbourne, but Pattern Fantasique has released it’s Lucent Visor this week and I must tell you all about it. 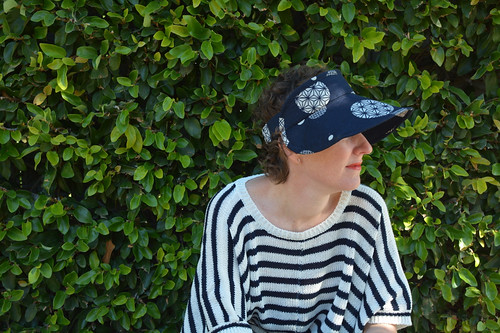 The visor comes in three brim sizes – small, medium and large.  I would like to say that with my fair complexion and freckles, I chose large brim for maximum sun coverage… but the truth is that it was only size available when I was testing the pattern early this year.  That being said, I do have a large head and I think this size of the brim balances it nicely.  Am I right in thinking that I am wearing the visor rather than the visor wearing me? 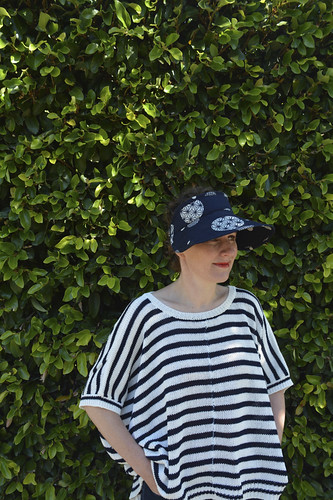 The brim of the hat is sewn first and then the hat band, which is custom fitted to the wearer, is constructed and added.  Here are some of my ‘in progress’ happy snaps from my phone. 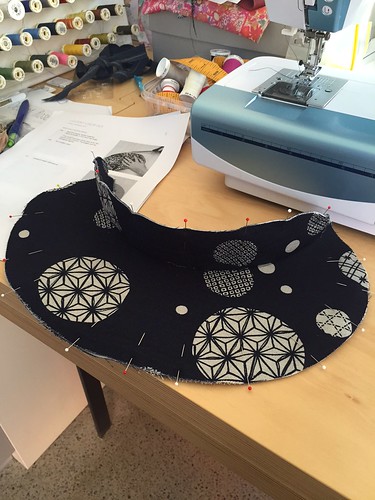 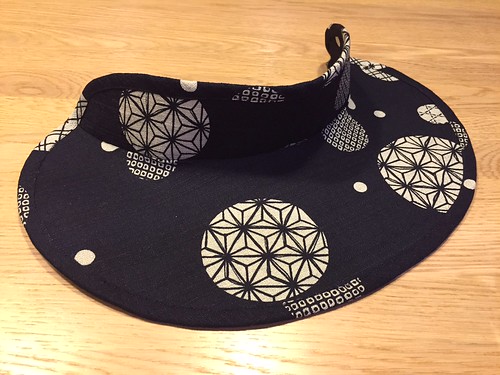 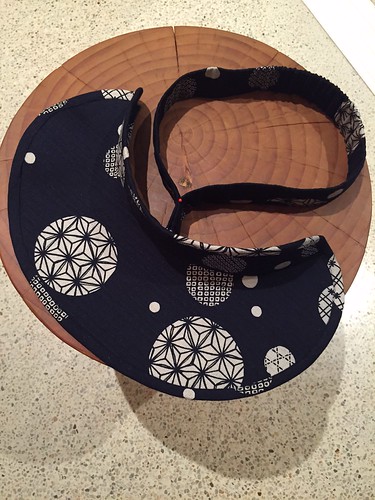 The hat band is a little fiddley, threading thick elastic through a fabric tube not much bigger than the elastic requires patience, but it’s worth it as it gives a great finish.  As I mentioned earlier, the hat band is fitted to the head of the intended wearer and it covers head circumferences from kids up to 62cm.  I’m expecting orders from my girls this summer. 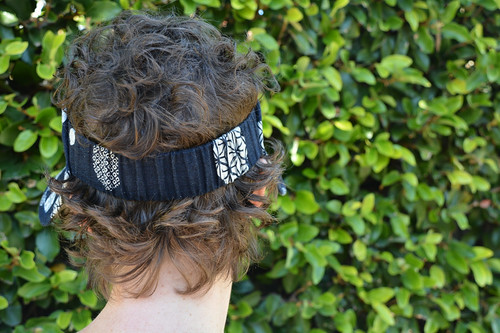 The visor has been designed so that you can throw it in your bag without a care in the world, and when it’s time to wear, it just pops back into shape.  The secret sewing ingredients are buckram & plastic millinery wire.

I wasn’t familiar with buckram when I started this project, but I now know that it is 100% cotton interfacing, can be sew-in or fusible (I used fusible) and like most interfacings it comes in several different weights.  I’ve purchased buckram from Clegs where it’s sold under the brand/product name Shapeform and would probably be classified in the ‘lighter-medium’ weight category.

It was also a case of first-time-use when it came to the plastic millinery wire.  It’s not difficult to use and I think it really adds to the professional finish of the visor.  The plastic wire is joined by jewellery crimps or ferrules, so you will require a pair of pliers for this step.  I was given the plastic wire and crimps as part of my pattern testing pack, but I believe they are best sourced from online millinery supply stores. 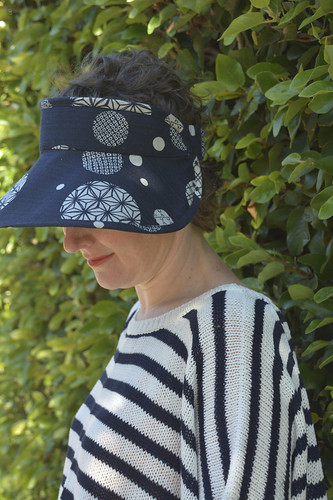 This pattern is a great scrap buster.  Do you recognise the Japanese cotton I used?  It’s left over from a Japanese Jacket I made earlier this year.

Did I also mention it that this was a very satisfying sew?  And the results… well I think they speak for themselves.  Are you tempted to dabble in a little visor making?

Now if our weather would just warm up so I can wear my new visor. 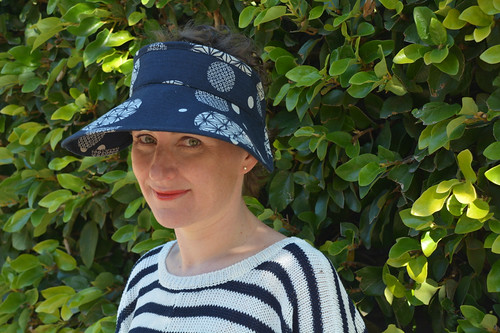 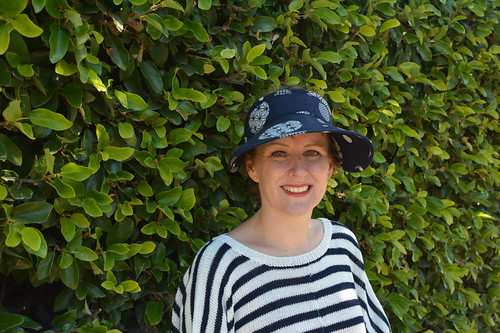