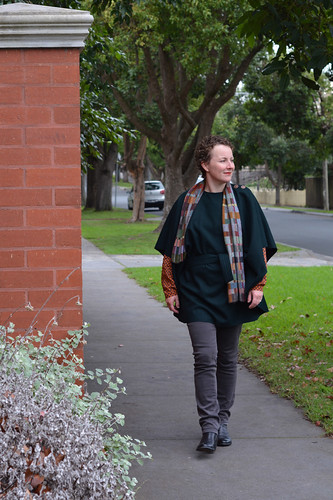 The Carnaby Cape is the Handmaker’s Factory’s debut pattern.  It features a neck opening fastened by two buttons and a tie, which threads through four bound buttonholes, to clinch it in at the waist. 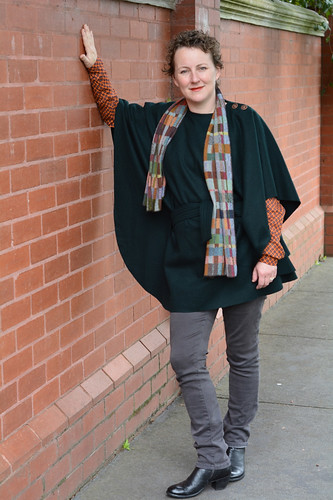 The cape has was a real pleasure to sew.  The shoulder seams, neck facings and button band came together quickly, but then I opted for the slow and steady approach for the remainder.  I know I’m being all sewing nerdy, but I got such great satisfaction out of sewing the four bound buttonholes. 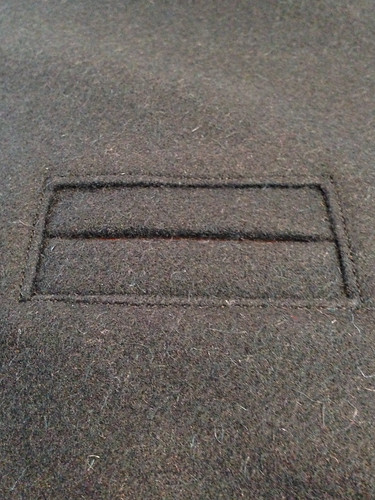 My practice bound buttonhole was rather wonky, so with the real deal I used a running stitch to mark the sewing start and finish lines (chalking these wasn’t accurate enough for my liking).   With bound buttonholes, accuracy is king!  I also found that hand stitching the welts together before top-stitching gave a much neater result. 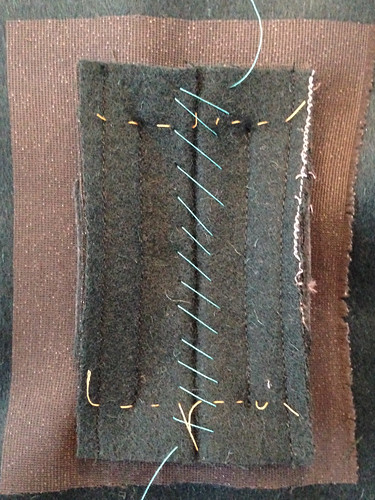 Strangely enough, I also really enjoy top-stitching the waist tie.  Be warned though, it’s a thread eater.  For the record, I cut my waist tie 30cm shorter than recommended and it’s only just long enough.  If you’re planning on making the cape, don’t follow my lead, follow the instructions! 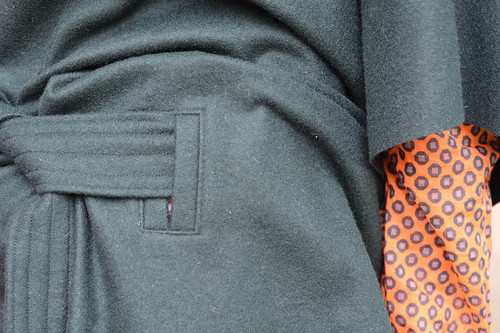 As mentioned earlier, the cape neck opening is secured by two buttons.  I’m a little embarrassed to admit that the cape only just goes over my large (23 inch or 58 cm) head.  I’m sure for most, this won’t even hit your radar, but if the case/container that carries your brains is big, consider yourselves warned!

My machine is usually a happy camper when it comes to buttonholes, but it refused to even attempt to sew through two layers of felted wool (the cape & the neck facing).  I opted to hand work the buttonholes.  By Gum, By Golly’s Making Buttonholes By Hand post was a life saver.  I used pearlised cotton to reinforce the buttonhole and worked the buttonholes with the same polyester thread that I sewed the garment with.  Let me just say, I got neater with each buttonhole (and there was even a practice one!). 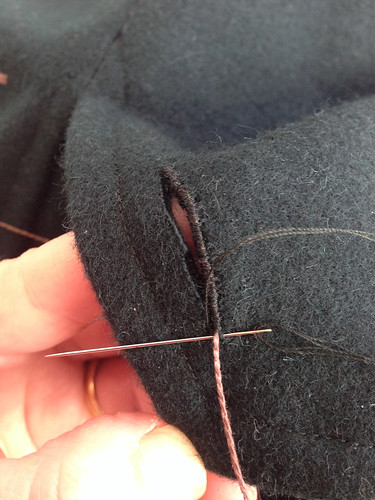 My button placement wasn’t ideal, I so I sewed a sneaky little press stud (so sneaky you can’t even see it!) to keep the neck edges together. 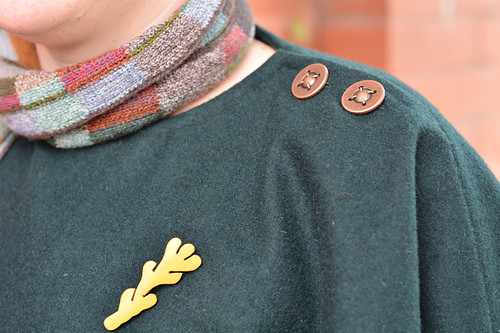 I just realised I haven’t told you about the fabric…  it’s a felted wool that I picked up at the Clear It store on Brunswick Street over 12 months ago.  At the time I thought I was onto a good thing so I brought 3m.  With only 1m left, I wish I’d brought more as it’s now sold out! 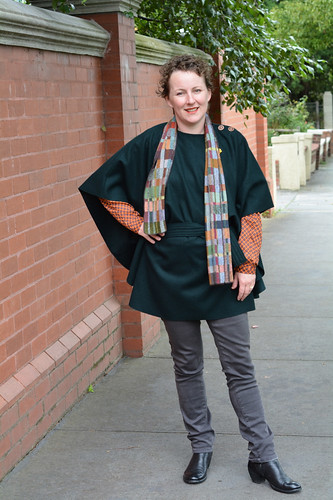 Interested in purchasing this pdf pattern?  Until Wednesday June the 18th, you can receive a 10% discount by using the code: carnabycape

As this is a new pattern release, I thought you might like to see Carnaby Cape on another body type.  A big thank-you to my my lovely sister-in-law LH for modelling.  She looks great in it doesn’t she?  I beginning to think the cape might belong in her wardrobe more than mine! 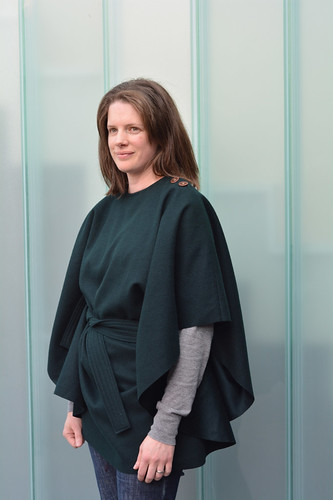 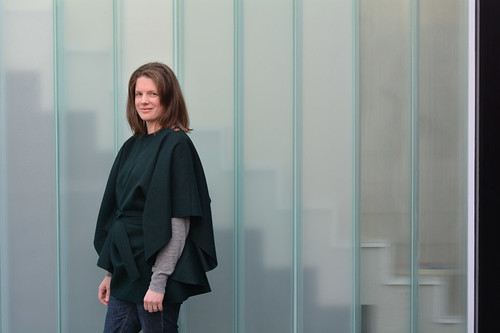 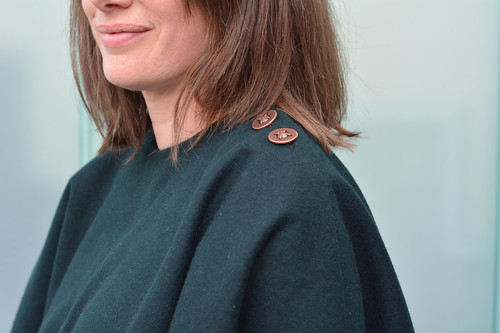 Interviewed on the Handmaker’s Factory August 5, 2013 Out & About