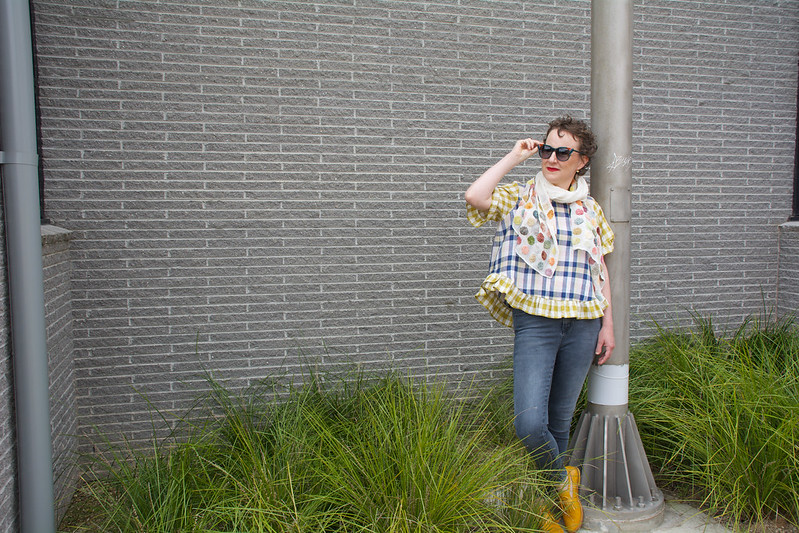 “There was a little girl”
by Henry Wadsworth Longfellow

There was a little girl,
Who had a little curl,
Right in the middle of her forehead.
When she was good,
She was very good indeed,
But when she was bad she was horrid. 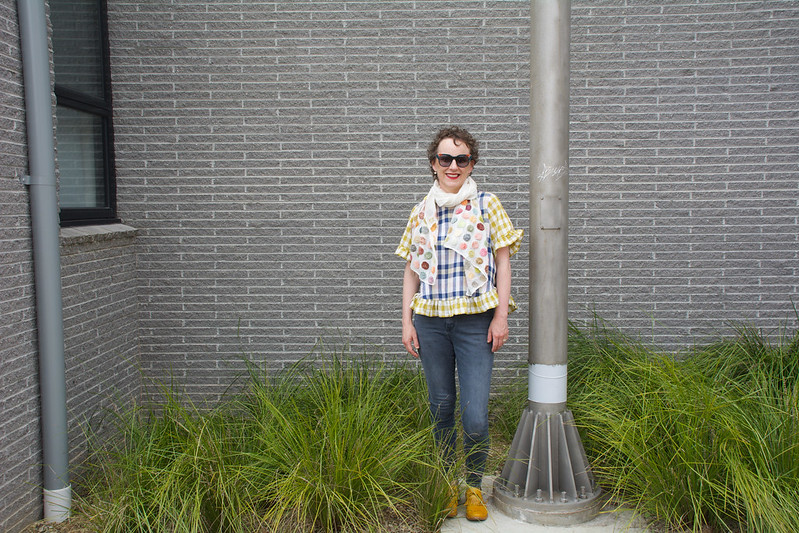 This is a poem that used to be recited to me as a little girl.  It has stayed with me, and I have to admit it’s caused a bit of a hang-up!  I strongly dislike curls in the middle of my forehead.  Crazy, but true.  These photos were taken on a windy day… and my covid hair  (which has since been significantly trimmed into my usual pixie cut) decided it was going to do it’s own curling in the middle of my forehead thing! 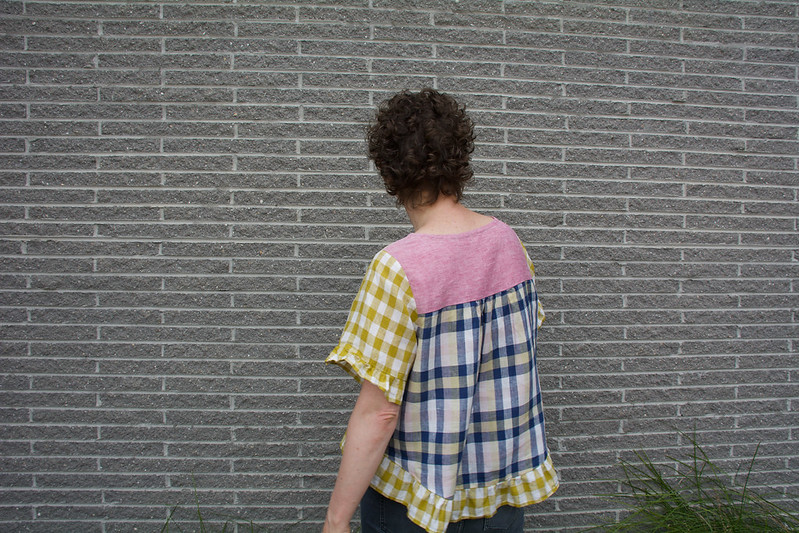 This project was such a joy.  These three fabric just happened to be placed next to each other in my scraps tub… and they just begged to be sewn into a top. 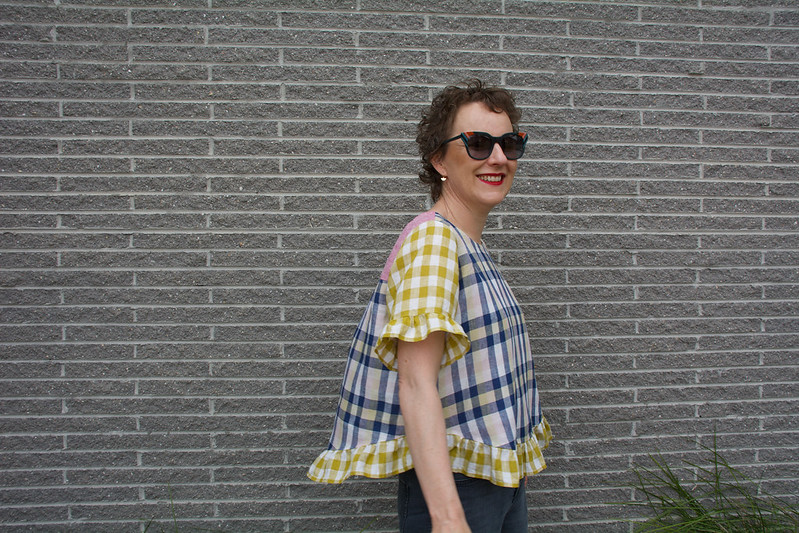 The font and the back of the top was a 65cm remnant from work, the sleeves and frills were leftover from my High Cuff Sweater and the pink linen on the back yoke… to tell you the truth, I can’t remember! 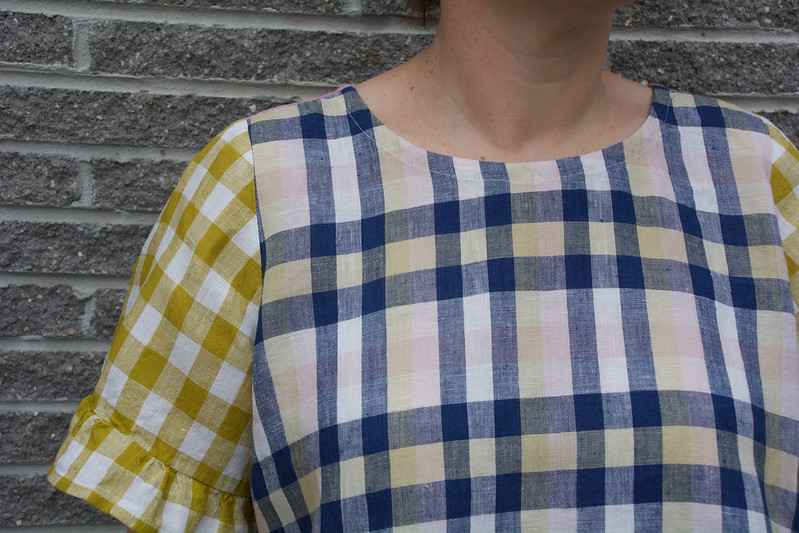 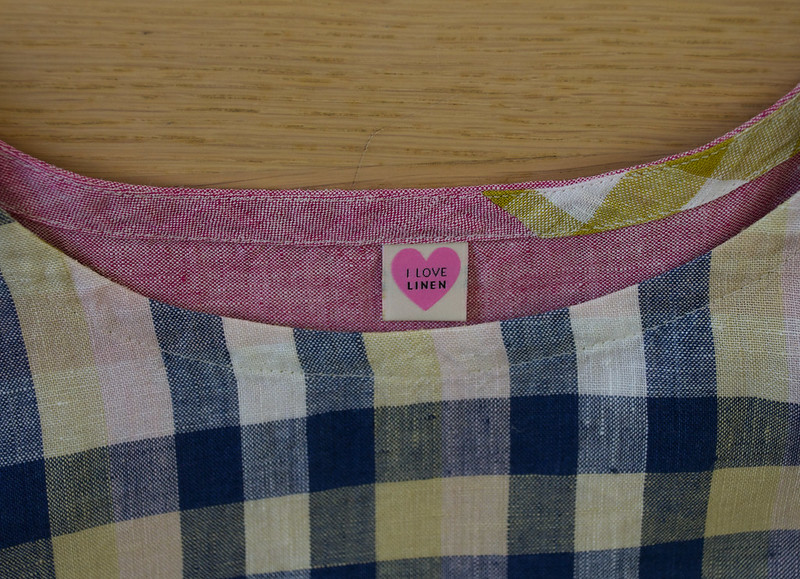 I even piece the neckline binding. 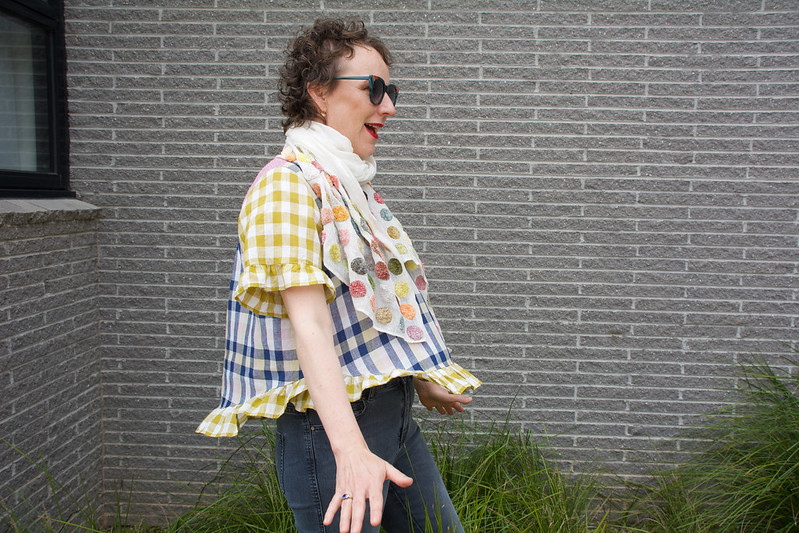 The pattern is StyleArc’s Selina Woven Top (purchased from work).  It’s drafted with lots of volume… as the wind demonstrates… but it’s still very wearable. 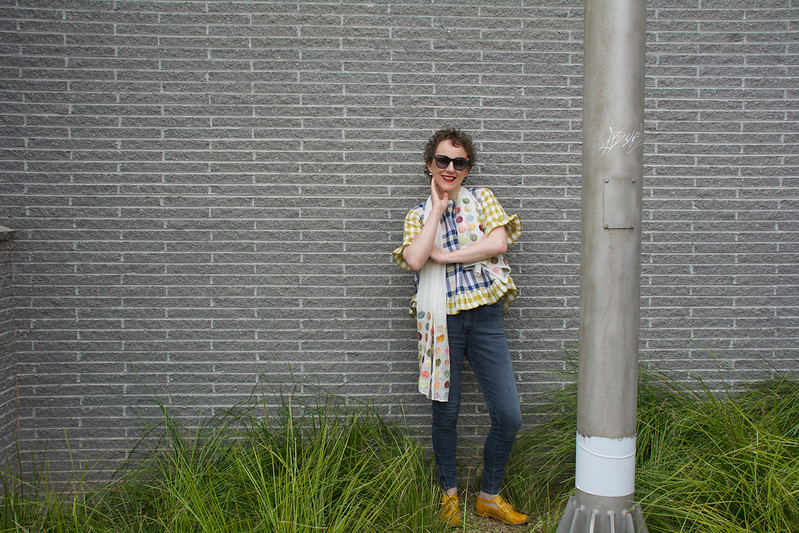 I find it best to style this top with skinny or slim leg jeans/pants/trousers and a big smile! 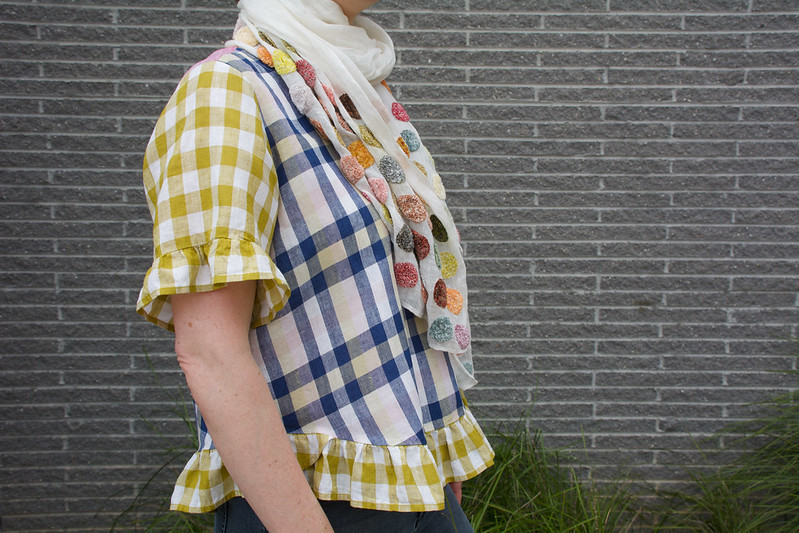 Apart from my usual forward shoulder adjustment, I lengthened the bottom frill by 1″ (2.5cm).  This was a mid-project decision as I found the bottom frill as drafted just stuck straight out in the linen.  That being said, it would probably be fine as drafted with fabric that had more drape. 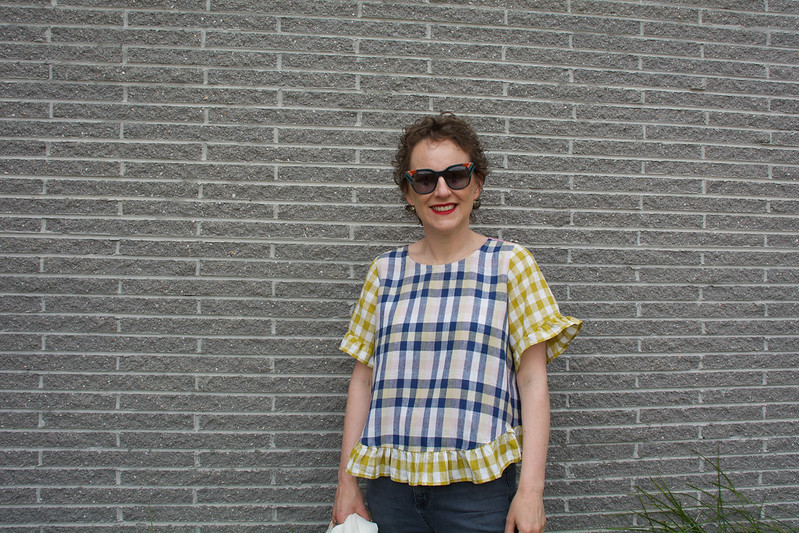 This top has already had a few wears and I just love it… the style, the combination of fabrics and the fact that it was sewn from a smallish remnant and some scraps.  I’m calling it a scrappy success! 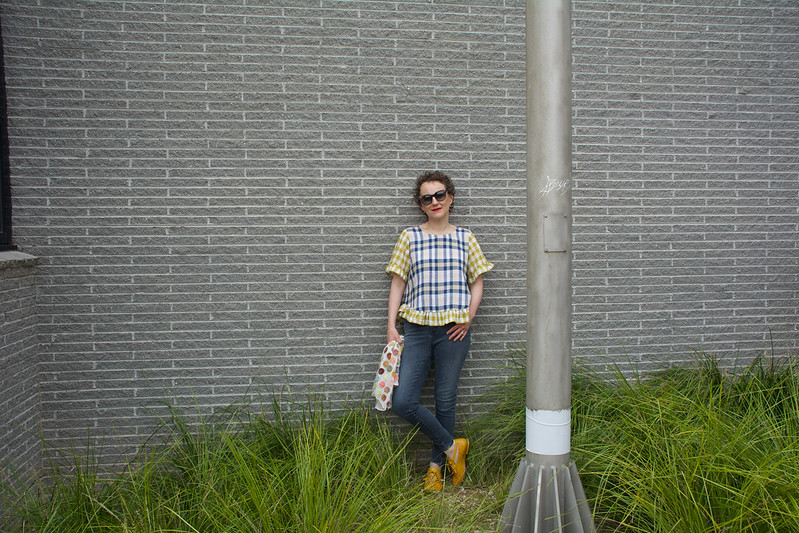 Pattern:  StyleArc’s Selina Woven Top (purchased from work)
Size:  10
Fabrics:  Linen from The Cloth Shop but either a smallish remnant or leftovers from other projects
Alterations:  Completed a 3/8” (1cm) forward shoulder adjustment and added 1″ (2.5cm) to the length of the bottom frill.
Outfit:  Scarf from Scarlet Jones (years ago), jeans from Witchery & shoes from Manteau Noir.
Location:  Eastern Suburbs, Melbourne 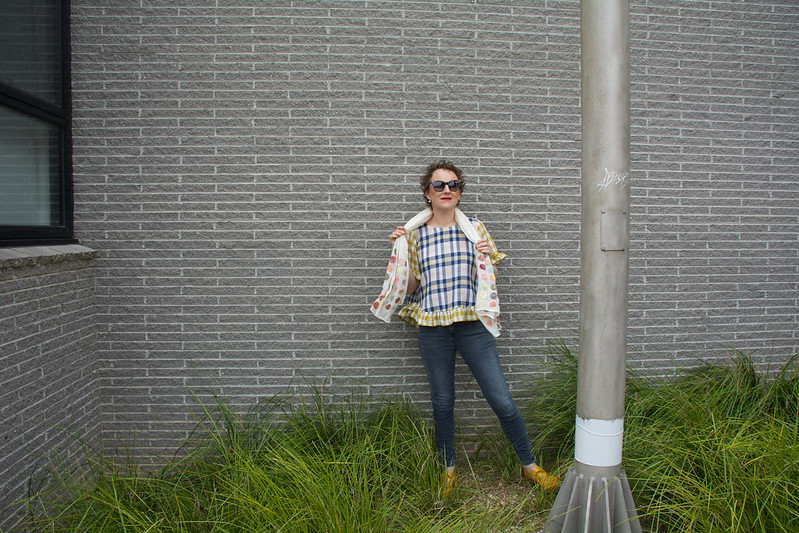