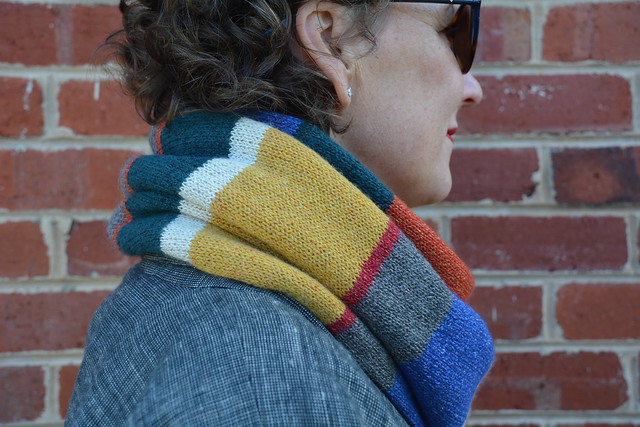 My bestie, and Blogless Anna photographer Sharon, dubbed this the Dr Who cowl while I was knitting it.  It’s not hard to see why!  Actor Tom Baker (Dr Who number 4) wore an uneven striped, colourful, hand knitted scarf, on the very popular BBC TV series.  I remember watching this era of the show when I was growing up, it used to scare me to no end, but I still watched it! 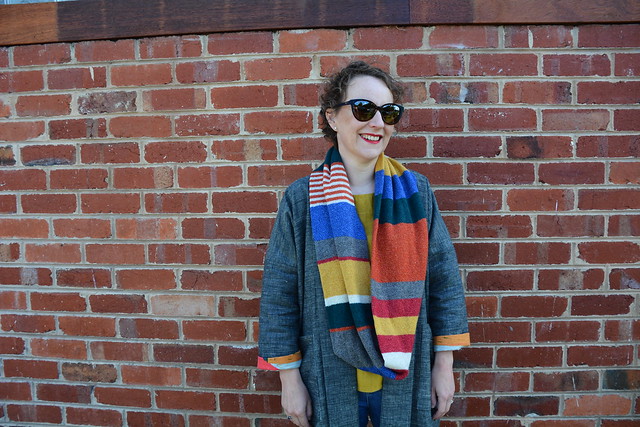 I was gifted a skein of Shibui Pebble in my goodie bag from the 2016 Craft Sessions retreat.  It’s such a luxurious yarn – 48% recycled silk, 36% fine merino and 16% cashmere – so I purchased six more skeins with a view to knitting myself a striped cowl that I could loop over my head twice. 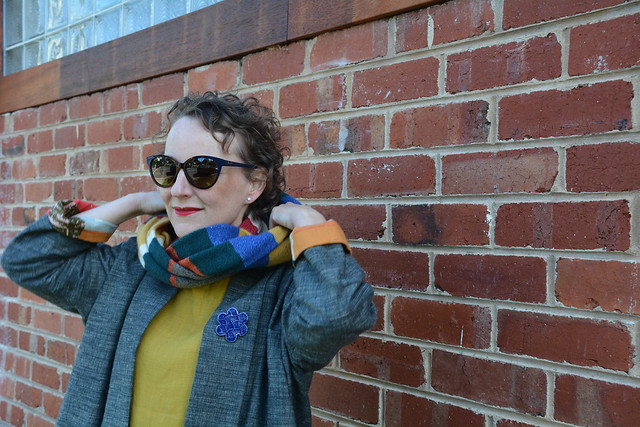 I decided that swatching to ascertain needle size and the number of stitches required, and then making it up as I went along, was the way to proceed with this project.  This is not my usual way of approaching a project… but I have to say it worked out perfectly.  The vision in my head, was the reality of what I created.  I’m beyond thrilled with this make. 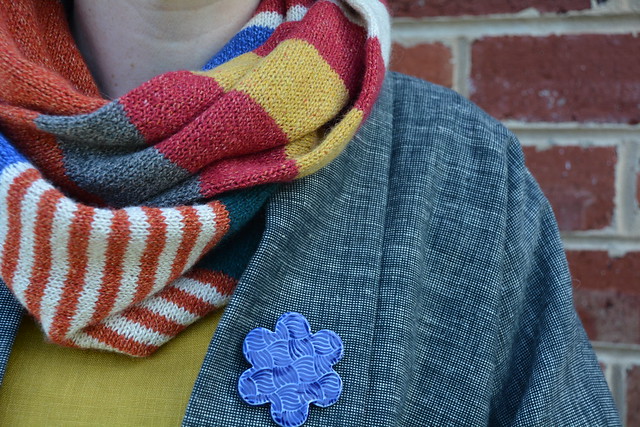 I started off trying to keep some of the stripes uniform, but I soon worked out it looked best when I just winged it!  I was careful not to put the green and mustard together (it reminded me of my high school jumper) or the red and green (too much like Christmas) but all other combinations seem to work well.  My favourite section is the fine orange and cream stripes!

During this project, I definitely learnt, with help from YouTube, a few new things: 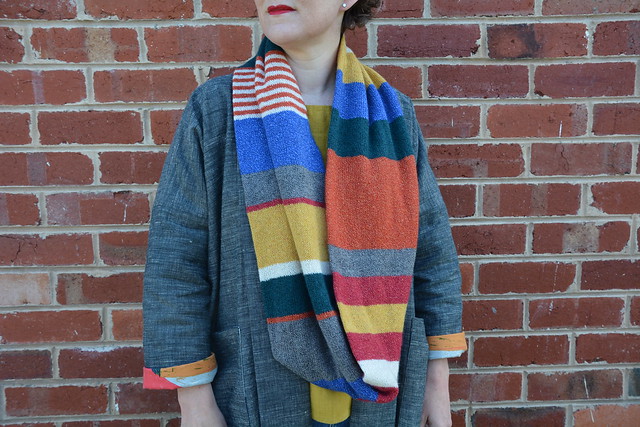 This cowl was a long, slow knit (17 months from start to finish) but I loved every minute of it.  Knitting is my back-up hobby – sewing is my first love – and my projects are more often than not knitted on holidays, when I’m unwell, while waiting for children at their extra-ciricular activities or on the couch watching TV.  The later isn’t something I do very often at all! 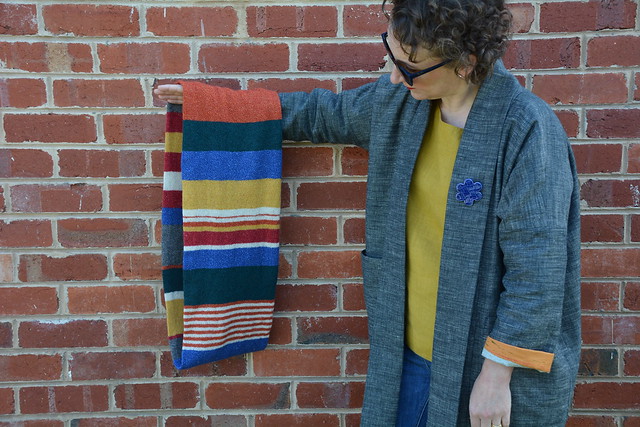 I have a bit of the yarn left over, and I was really sad when I finished knitting this project, so I might have another of these cowls in me yet!  Do you juggle multiple hobbies?  Is knitting one of them? 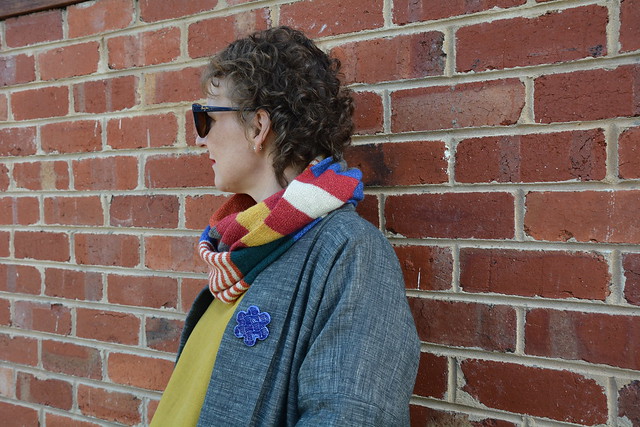 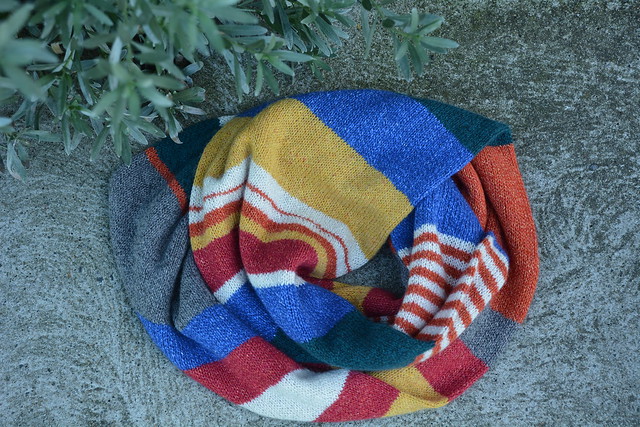