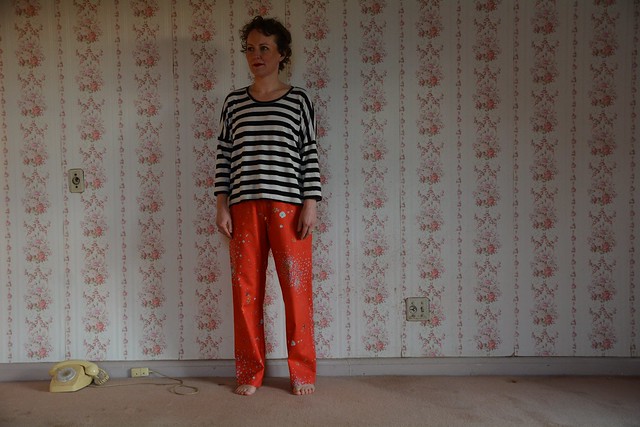 This is my third and final version (see one and two) of Kwik Sew 3553 in this series.  And just for the record I’ve been wearing all three versions.  Pyjama pants don’t need to be perfectly fitted as long as they are comfortable, and all these pairs pass the comfort test with flying colours. 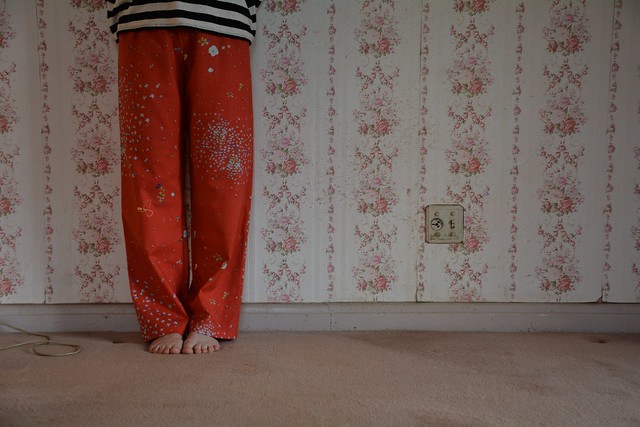 The aim of this version was to reduce the drag lines curving around my bottom.  After verbally consulting an expert, I scooped out the back crotch (see coloured in section in photo below) to lengthen the curve and give me some more ‘sitting’ room. 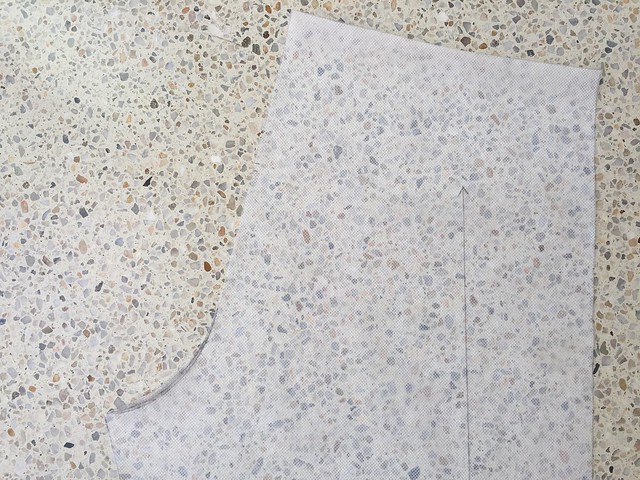 There is probably a small improvement (less drag lines?) between this and the last version, but it’s hard to really know as the fabrics are quite different. Version 2 was sewn from a cotton voile and version 3 is a much thicker brushed cotton (how divine is that Nani Iro print?).  I feel like the thicker fabric accentuates the fitting problems. 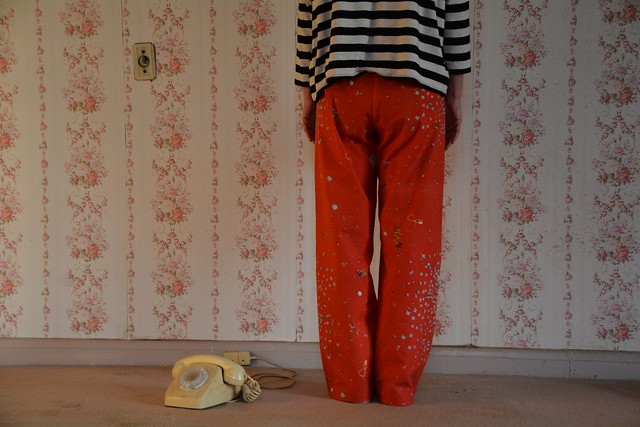 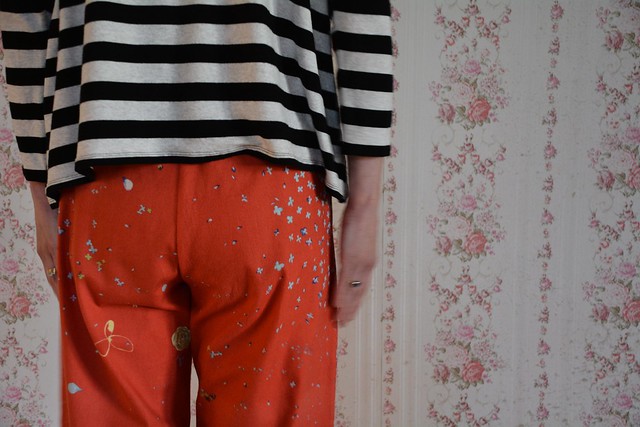 Pattern:  Kwik Sew 3443 – View A (pyjama bottoms only)
Size:  Small
Fabric:  Nani Iro Brushed Cotton from Kelani (from deep in the stash)
Alterations:  Flat seat/bottom adjustment, removed 1cm from the inseam of both the front and back pattern pieces and scooped out the back crotch to lengthen the curve
Accessories:  NA
Location:  An empty 1950s house (a time capsule) in the Eastern Suburbs of Melbourne 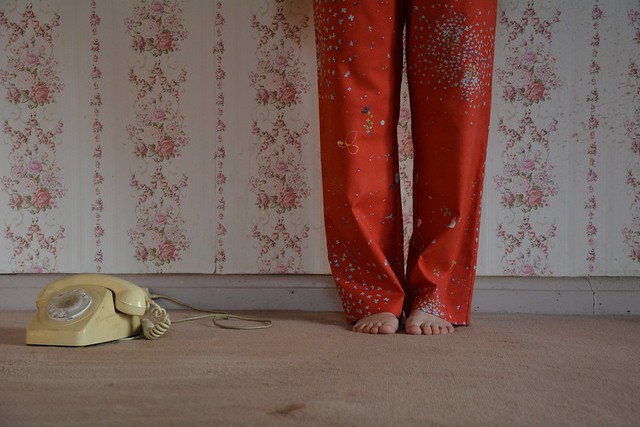 This pattern would definitely need some more tweaking if these were a casual pair of pants, but as they aren’t I’m going to leave it there for now as I feel like I’ve made good progress.  To recap… 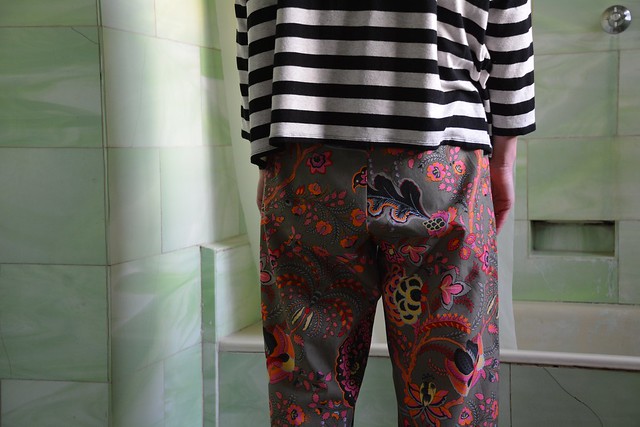 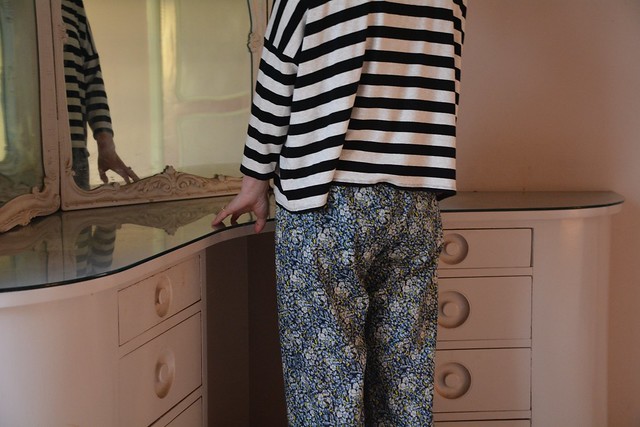