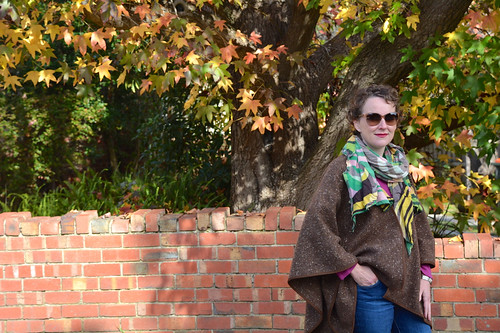 I popped into The Cloth Shop on Friday afternoon and went weak at the knees over a roll of lovely brown wool with a cream and orange fleck.  I’m rather partial to a fleck.  I initially stayed strong, sourcing the thread and interfacing that I needed, but when I was in the process for paying for those items I noticed an A4 piece of paper on the counter with the heading Winter Wrap on it. 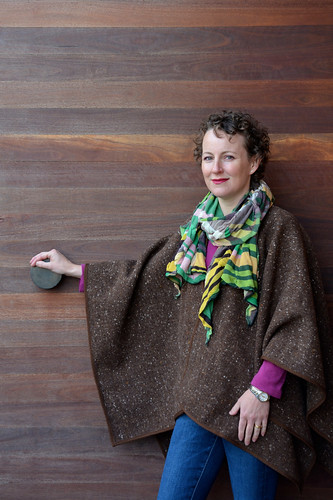 I inquired and discovered it was a free pattern for customers (available in store) and in less than a minute I was admiring and wearing the shop sample. Not long after that the brown wool with a fleck was being purchased along with some wool binding.  It was the only wool binding in the shop and it matched perfectly.  I take these things as ‘meant to be’ signs.  Do you? 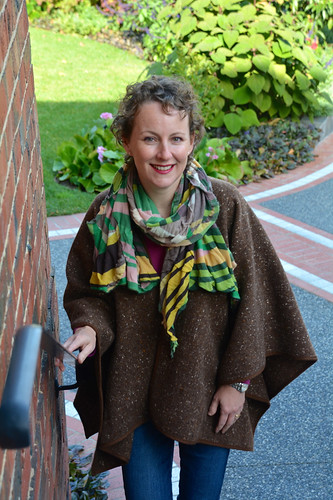 The pattern is a simple one and all the work was in the nearly seven metres of binding!  In short, you trim your piece of wool into a square, remove a u-shape piece that allows the wrap to be open at the front and to sit nicely around the neck, before binding all edges. 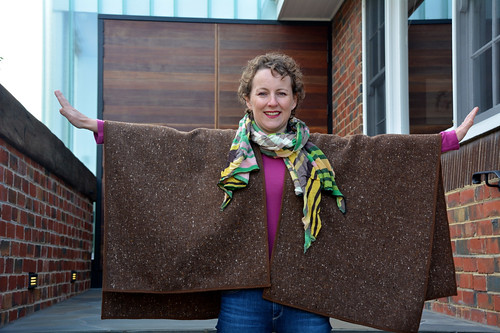 After testing out a few methods on a scrap of wool, I opted to baste the binding to one edge, fold it over the raw edge and topstitch it down.  I used a long stitch length as otherwise I knew that any required unpicking would be near impossible.  Just for the record, I didn’t remove the basting stitches as they just kind of disappeared into the fabric/binding.  Well, that’s what I’m telling myself as I suspect such a volume of unpicking would have stalled the project considerably and I wanted warmth and I wanted it now! 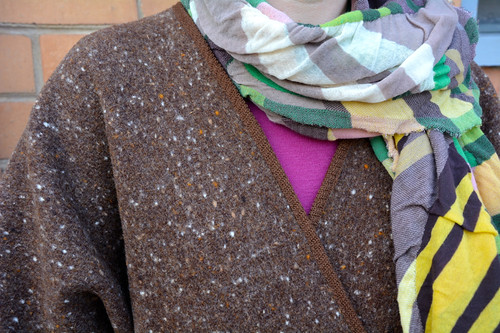 I bound the neck cut out first and then proceeded to make my way around all the outer edges of the wrap.  My first corner was less than neat, but as with lots of things, they got better as I went along. 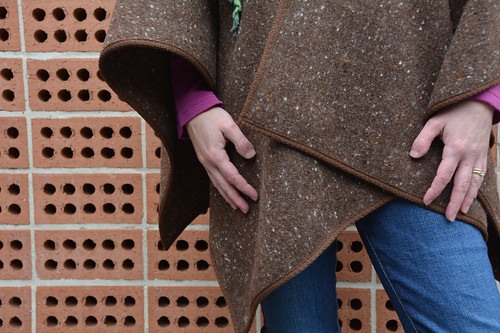 The wrap hangs nicely by itself, but if you need to engulf yourself in a rug or blanket while braving wintery weather, then this wrap has you covered… it’s so toasty! 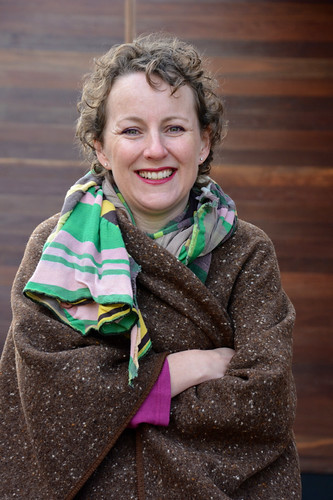 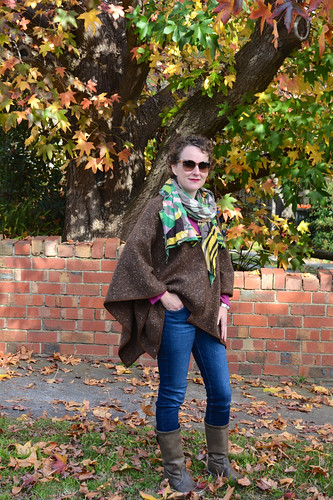