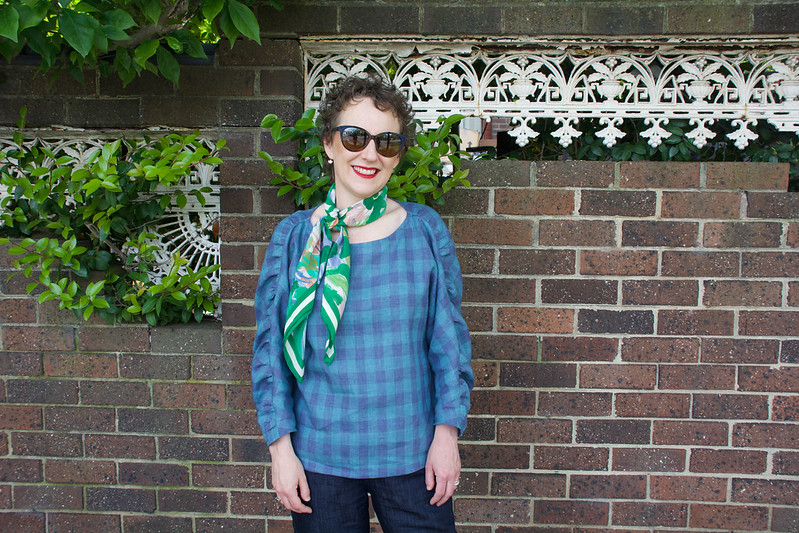 Sewn during Sew Japanese in July (explained in an earlier post), photographed in November and blogged in December… that really sums up 2021 perfectly!  Aren’t I lucky that you are all so patient with my sporadic blogging? 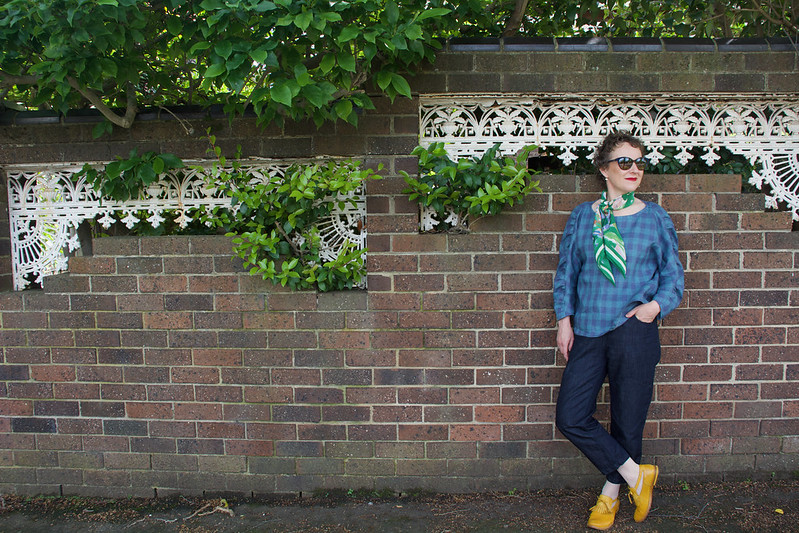 I will confess that I purchased the book below purely for the pattern featured on the front cover.  I was totally inspired by a few versions that @clementinesew has made over the years.  See also @fragmenid’s recent version. 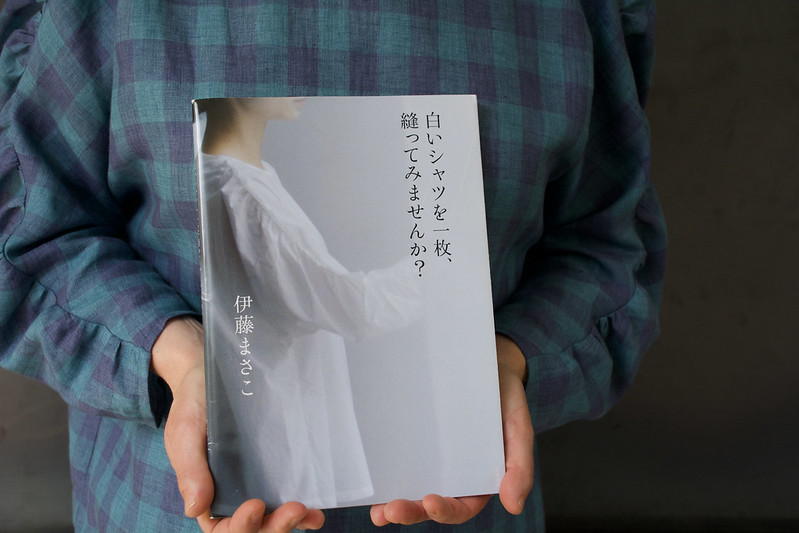 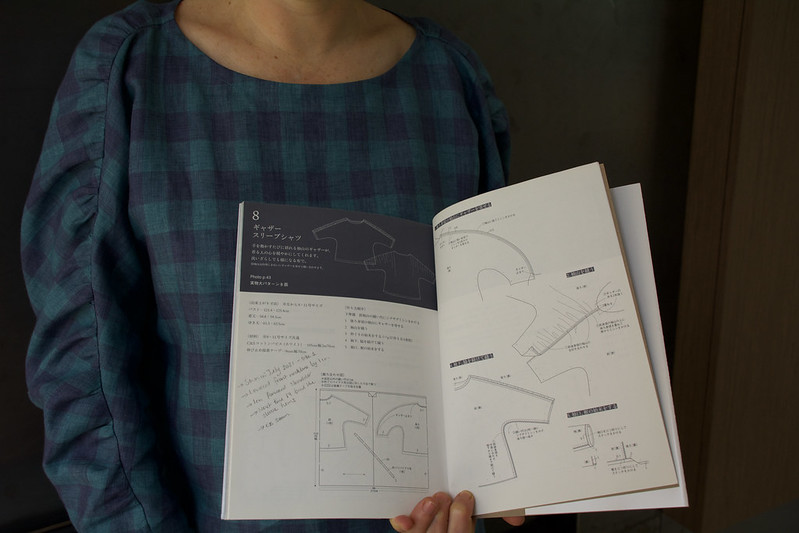 The line drawing gives you a good feel for the pattern’s simplicity and quite frankly, it’s brilliance.  Just two pattern pieces and binding for the neck.  I sewed this top without looking at the instructions. 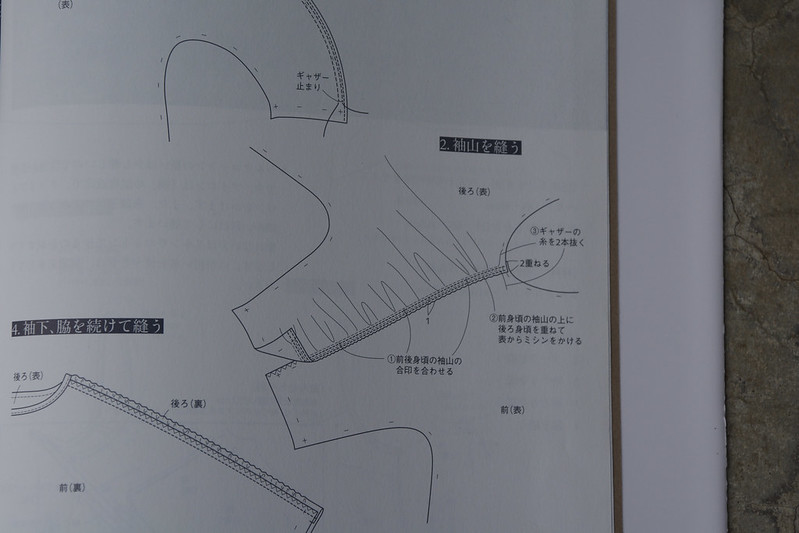 And that my friends, is where I came a little unstuck!  After the event… yes, when the top was finished… I glanced at the instructions and realised that the gathered back shoulder seam is placed over the top of the front shoulder seam and stitch in place with the raw edge visible. 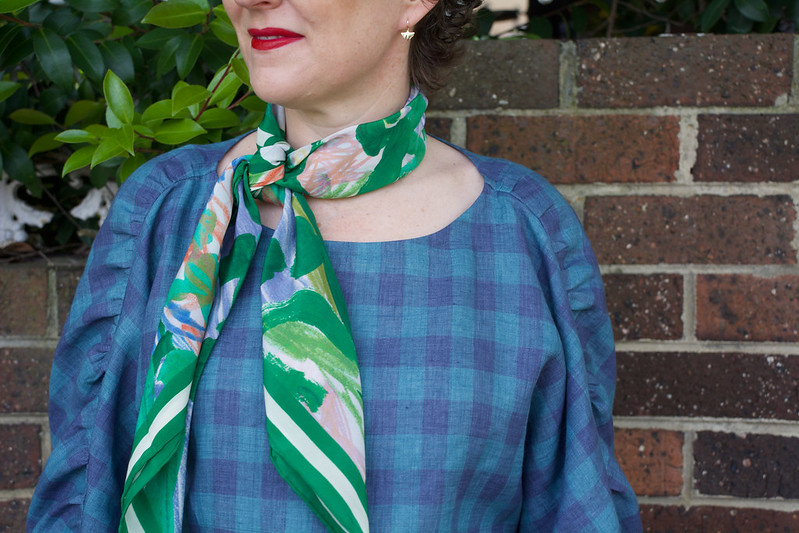 Yes, mine looks a little different.  Am I sad about this?  Not at all!  I prefer my seam allowances nicely tucked to the wrong side of the garment and overlocked together to stop them from fraying.  This is one of the good things about sewing, it allows you to personalise your garments… even when it is unintentional!  Perhaps my subconscious was at play? 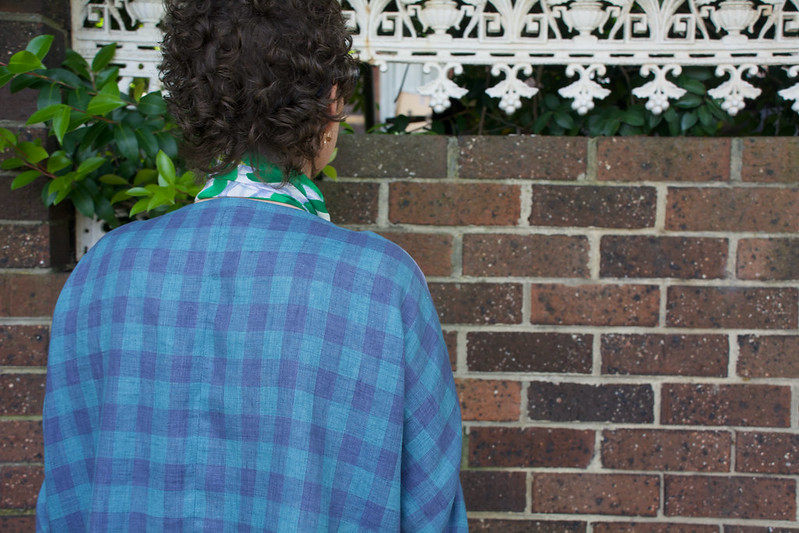 My other change to the pattern included:

Next time I will bind the sleeve hems as they were a little fiddly as drafted. 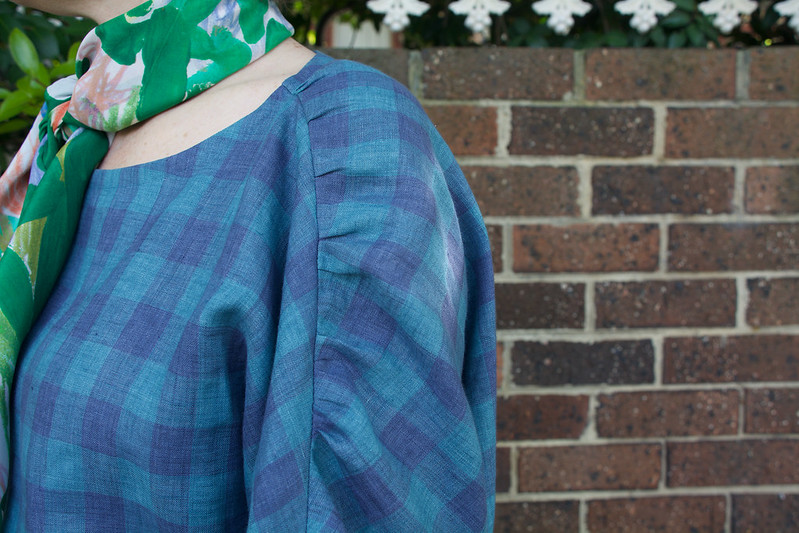 I really love the resulting top.  I think the gingham really highlights the clever design lines. 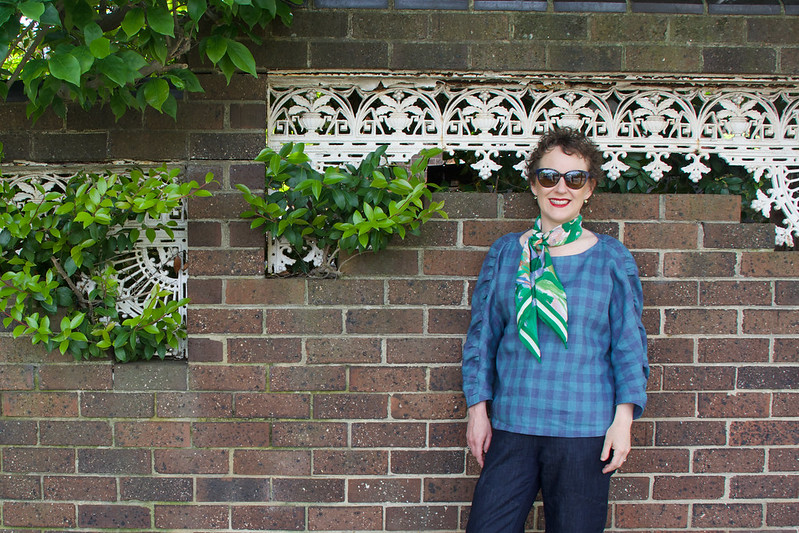 Pattern:  Pattern 8 from “Nice White Shirts” by Masako Ito  (ISBN 978-4-480-87890-8)
Size:  Size 1
Fabric:  100% linen from The Cloth Shop.  Fabric is called Checked In and is still available in Slate and Cornflower.
Alterations:  Failed to follow the instructions so there is no raw edge on the shoulder seam.  Added a centre back seam, lowered the neckline by 3/8″ (1cm) and performed a 3/8″ (1cm) forward shoulder adjustment
Outfit:  Silk scarf by Tara Whalley, pants purchased from Caro and shoes from Manteau Noir.
Photo Location:  Eastern Suburbs, Melbourne 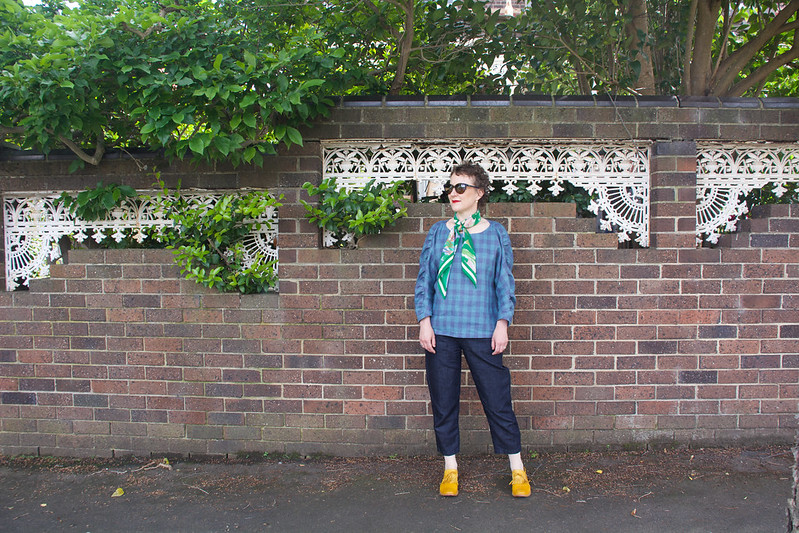 Sew Japanese In July – A Sweatshirt for Work November 10, 2021 Jumper/Cardigan